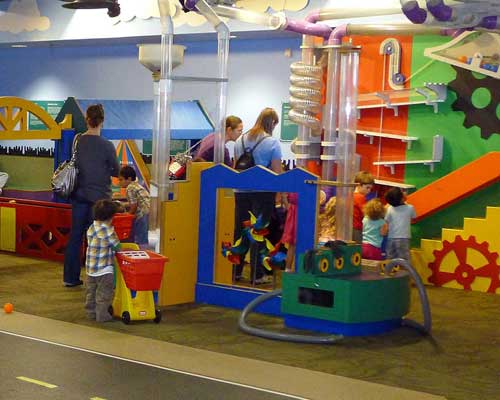 Predicting the baby’s gender is one of the first questions the pregnant woman thinks about as the difference between a baby girl and baby boy are big and can have a major impact on a parent’s future. Many methods and myths for predicting a child’s gender when the mother is pregnant exist and their true legitimacy for predicting gender is often widely misunderstood.

It is easy for baby prediction methods and myths to catch on and become popular since there is about a 50-50 chance of being right. Guessing baby boy or baby girl when predicting gender will seem like it works half the time.

Thousands of theories to predict baby’s gender have been thought up over the years, with most not being able to outperform a flip-of-the-coin. Many ways people have come up with to guess the gender of the baby inside the pregnant woman are nothing more than old wives’ tales, however, some of the prediction ideas are correct more often than they are wrong. This means a few of these gender guessing ideas can somewhat reliably tell the pregnant mom if she is carrying a baby girl or baby boy.

The color of pee is one thing parents have been wrongly told can help predict their baby’s gender. The incorrect belief is that dull colored urine predicts a baby girl while bright yellow colored urine predicts a baby boy. The color or urine will change throughout pregnancy and vary from day to day. The thing that determines a pregnant women’s urine color is the amount and type of liquids she has been recently drinking. Drink a lot of water and the pee will be dull colored while dehydrated pregnant women will typically pee a dark yellow.

The Liquid Draino gender test has been proven to be a myth. The Draino test uses the clogged-up sink pipe opener chemical liquid mixed with the pregnant women’s pee to see which color it results in. The myth said that the color can predict whether the baby will be a boy or girl but several studies have shown this to not correctly predict the gender. Draino is a toxic poisonous substance so pregnant women should not be around the stuff in the first place and make sure chemical cleaners like this are stored well out of reach of children.

A pregnant women goes through many bodily changes during pregnancy. One thing to notice is if your leg hair is growing faster or slower than before you were pregnant. One way to predict gender is if the leg hair grows faster then the baby will be a boy and if it grows slower then the baby will be a girl. This myth is based on the belief that a boy will have more testosterone than a girl and therefore the pregnant mother will show this extra amount of hormone by having her leg hair grow faster. In reality, the amount of testosterone a male fetus has is not enough to have any effect on the mother’s hair growth.

Research has shown that with a Sonogram from an ultrasound the Ramzi gender prediction method can predict a baby boy or baby girl a high percentage of the time very early on in pregnancy.

Gravity gender predictions are proven to be myths. One famous prediction method involves holding a string that is tied to a gold ring above the belly. If the swing moves in a circular motion then the baby will be a girl but if it moves in a back and forth motion then the baby will be a boy. This method simply does not work as the fetus does not different gravitational pull on the ring because of the gender of the baby, instead the ring will move based more on the person holding the ring and air movement.

Pregnant women who eat salty and sour foods according to one gender predicting method are likely to have a boy. If the pregnant women prefers sweets like candy then the baby will be a girl. There is no connection between what foods a pregnant women is craving and the gender of the baby. Women will often have desire certain types of food when they are pregnant but the cause of this has nothing to do with the baby’s gender.

Other baby boy or girl prediction ideas are very creative and are considered nothing more than fun Old Wives Tales include these how to predict gender myths:

One of the most famous gender prediction methods for determining if the baby will be a girl or boy is the ancient chart that gave the world the baby’s gender predicting Chinese Lunar Calendar.

Seemingly from the beginning of time mothers and fathers have wondered the gender of their baby. Many predicting gender myths have spread over the years so there are a lot of old wives tales on if you are going to have a baby boy or a baby girl. Pretty much these are all fun gender predicting methods and the accuracy of any of these gender myths being true in any individual case is most likely coincidence. Often a women’s hunch is often right more often than any of these prediction methods. Statistics have shown that women with a higher level of education completed are more likely to guess correctly the gender of their baby.